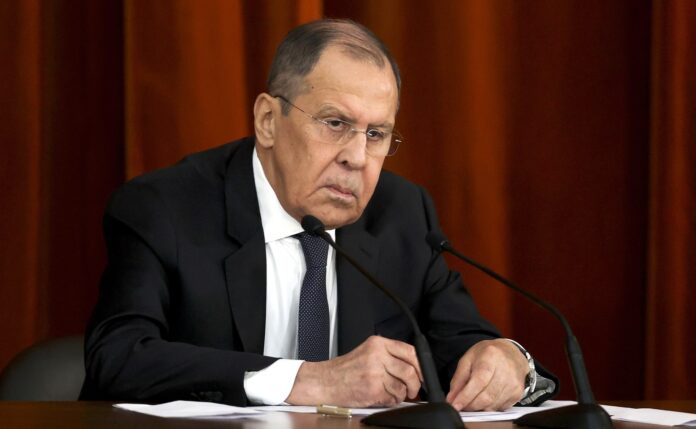 The theme of creation of a common currency of the member countries of the Brics group – Brazil, Russia, India, China and South Africa – will be discussed at the organization's summit scheduled for the end of August in South Africa. The Russian Foreign Minister said today, Sergey Lavrov, speaking at a press conference with his Angolan counterpart Tete Antonio, in Luanda. “Initiatives, affirmed just recently, are coming precisely in this direction on the need to think about the creation of internal currencies within the framework of the BRICS, within the framework of the Community of Latin American and Caribbean States. This will certainly be discussed at the BRICS summit, which will be held in South Africa at the end of August and where a group of African nations will be invited, including, as I understand it, President Lourenco,” said the head of Russian diplomacy. “Serious countries with self-respect understand what is at stake very well,” Lavrov noted. “They see how sneaky the current international monetary system is and want to create their own mechanisms to ensure sustainability,” he added.

Lavrov then said that Russia supports the idea of ​​a reform of the United Nations Security Council to increase the representation of African, Asian and Latin American countries and reported that he briefed his Angolan counterpart on the situation in Ukraine, drawing his attention on the actions of the West which "has been using Ukraine for years to wage a hybrid war against Russia". “Ukraine has also been used to carry out a frankly colonial policy towards the Russian-speaking population of Ukraine,” he said, stressing that in order to stop this “anti-Russian course” and to avoid turning Ukraine into “a territory that creates threats to Russia”, Moscow launched its “special military operation” last February. For his part, Angolan Foreign Minister Antonio reiterated that Angola supports the principle of non-interference and called on Russia and Ukraine to declare a ceasefire and start dialogue.

The Tomas tank, purchased through donations, has already been deployed to Ukraine

Chechen leader Kadyrov: "The special operation in Ukraine will end this year"

Operation of the Russian Security Service: neutralized a group of Islamists in Moscow

Lavrov arrives in Mali: oil, grain and raw materials on the negotiating table