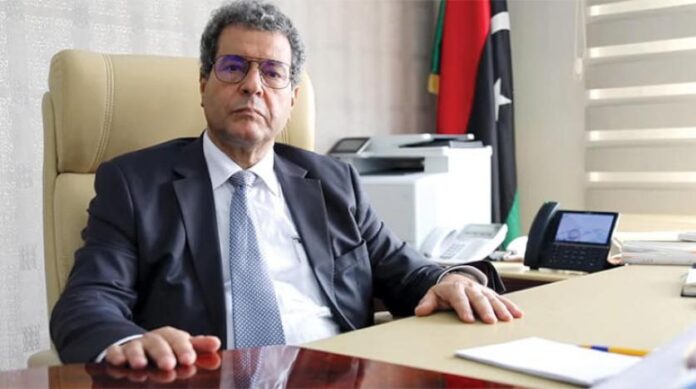 Libya is able to compensate only a “small part” of Russia's oil supplies destined for Europe, even in the event of a development of all its fields. She said it to "Nova Agency”The Minister of Petroleum of Government of National Unity of Libya (Gun) based in Tripoli, Mohamed Aoun. "If all oil fields were developed to produce at full capacity, which would take three to seven years, only a small fraction of Russian production could be offset by Libya," Aoun said. The minister added that the offshore gas fields are under development, according to an agreement between the National Oil Corporation (Noc) and the Italian Eni, explaining however that future production will not be oriented to international markets, but rather to the market. Libyan domestic: "Power plants in Libya need one billion cubic feet of gas (28,3 million cubic meters) at the moment and this need will double in the future," Aoun said.

"I don't think Libya is able to compensate for the large quantities of energy produced by Russia," the Libyan oil minister said. Regarding the closure of oil fields and ports in Libya, Aoun explained that he had formed a "committee" to communicate with the protesters who are currently blocking exports. “We will continue our attempts and contacts with the parties involved. We hope to resume oil production, given that the closure has an impact on all Libyans and on profit reserves ”, added the representative of the Tripoli government. Minister Aoun said local leaders and notables of the regions hosting the blocked oil facilities are unable to control the demonstrators, noting that the situation would be handled by "external entities". Aoun pointed out that Libya loses "from 550 to 600 thousand barrels per day" every day, about half of its production of 1,2 million barrels per day.

Oil exports to Libya fell in April 2022 to their lowest level since October 2020, due to the closures implemented by demonstrators at some facilities in the Oil Crescent. Fathi al Marimi, media advisor to the Libyan parliament presidency, told "Nova" that the proceeds from the oil sector should be transferred to the Libyan Foreign Bank and no longer to the Tripoli-based Central Bank, until a agreement capable of guaranteeing an equitable distribution of oil revenues between the various regions of the country. The Libyan budget is covered almost exclusively by oil revenues. It is worth remembering that the Tobruk Parliament has never approved the budget presented by the interim Prime Minister Abdulhamid Dabaiba's National Unity Government for 2022. Salaries, subsidies and public funds are disbursed through a provisional monthly exercise, with a maximum ceiling equal to to one twelfth of the budget for the previous year.

Usa: Biden's second speech on the State of the Union between old and new headaches

Lombardy litmus test of the steadfastness of the majority