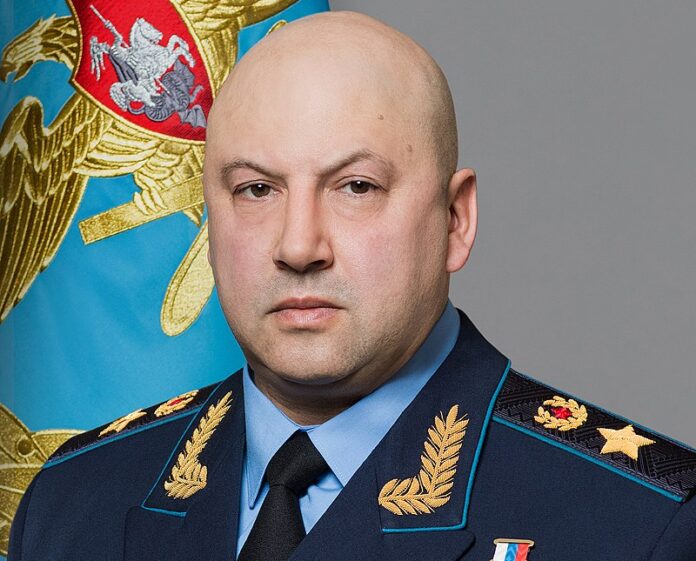 The situation at the front is “tense” and “difficult decisions cannot be ruled out. This was stated by the commander of the Russian forces engaged in the special operation in Ukraine, Sergey Surovikin, in an interview with the broadcaster “Rossija 24”, confirming that civilians from the Kherson region will be "evacuated" from the city. “The enemy continues to attack the positions of the Russian forces. Further actions a kherson they will depend on the tactical and military developments of the situation, which is not easy. Difficult decisions cannot be ruled out, ”said the general. “In general, the situation in the area where the special military operation is underway can be described as tense. The enemy did not put aside attempts to attack the positions of the Russian troops. In particular I am referring to Kupyansk, Krasnolimansk and Nikolaev-Kryvyi Rih, ”said Surovikin. “The enemy is a criminal regime that pushes Ukrainian citizens to death. The Ukrainians and I are a people and we want one thing: that Ukraine is independent from the West and NATO, and that it be a friendly state of Russia ”, added the general. According to Surovikin, the Ukrainian army is trying to break through the Russian defenses. “To achieve this, the Ukrainian armed forces are bringing all available reservists to the forefront. Basically, these are territorial defense forces that have not completed a training course. In this way the Ukrainian leadership condemns them to death ", said the Russian general, according to whom" these units have low morale ".

“The enemy is targeting Kherson's infrastructure and residential buildings on purpose. Attacks conducted with the Himars missile system they damaged the Antonovsky bridge and the dam of the Nova Kachovka hydroelectric power plant. As a result, the delivery of food is difficult in the city there are some problems with the supply of water and electricity, ”said Surovikin. All this not only significantly complicates the lives of citizens, but also creates a direct threat to their lives, the general noted. "The NATO leadership of the Ukrainian armed forces has long requested to conduct offensive operations in the direction of Kherson, regardless of possible casualties, both in the Ukrainian armed forces and among the civilian population," said Surovikin. "We have information on the possibility of the Kiev regime using prohibited methods of warfare in the Kherson city area and on Kiev's preparation for a massive missile attack on the dam of the Nova Kachovka hydroelectric power plant and on the launch of a massive indiscriminate missile and artillery attack on the city. These actions can lead to the destruction of the infrastructure of a large industrial center and serious civilian losses, ”the general stressed.

According to Surovikin, in these conditions, the priority is to preserve the life and health of civilians. “Therefore, first of all, the army will ensure the already announced safe evacuation of the population as part of the redeployment program prepared by the Russian government. Our further plans and actions in relation to the city of Kherson itself will depend on the emergence of the military-tactical situation. I repeat: the situation is already very difficult today, ”said Surovikin. “In any case, as I have already said, we will proceed from the need to preserve the life of the civilian population and our military as much as possible. We will act consciously, in a timely manner, not excluding the adoption of difficult decisions ”, concluded the Russian general.

Lazio 2023: between irony and threats of lawsuit, the countdown to the vote

The story revolves around the Democratic Party candidate for the Lazio regional council, Sara Battisti, who yesterday during a rally in Aquino, in the province of Frosinone, made "heavy" attacks - and then apologized - against the center-right candidate for the presidency of the Lazio Region, Francesco Rocca

Syria asks Israel for help. Netanyahu: "We will provide assistance to earthquake victims"

According to Israeli media reports, Syria sent its request to the State of Israel via Russia

The ceremony took place in the presence of the Deputy Prime Minister and Minister of Foreign Affairs and International Cooperation, Antonio Tajani, of the Foreign Minister of the Government of National Unity (GUN) of Libya, Najla el Mangoush, and of the European Commissioner for Enlargement and Neighborhood Policy, Oliver Varhelyi

Thomas, Emanuele and Willy: young people killed by other young people, in Frosinone a prayer to remember them

"We gather to pray every Monday and we were also doing it last Monday when the news of Thomas's serious injury arrived". Don Luca Fanfarillo told "Agenzia Nova" so

Turkey, Minister Tajani: "We are verifying the presence of Italians in the most affected area"

"In Syria there were no Italians"

The collapse of buildings captured by mobile phones: the devastation of the earthquake in Turkey and Syria

The first quake of magnitude 7.8 was recorded at 4:17 local time (2:17 in Italy) and had its epicenter in the town of Pazarcik in the Turkish province of Kahramanmaras

Meloni: "Soon a plan to increase the production of renewables and reduce consumption"

The Prime Minister presided over the Pnrr control room with the competent ministries and the investee companies Eni, Enel, Snam and Terna to start a discussion on the new chapter to be included in the Pnrr relating to RepowerEu, the European plan to deal with the difficulties of the global energy market caused by the war in Ukraine

This was announced by the "Tass" news agency, citing confidential sources within the police

Turkey: the effects of the earthquake on an access road to Antioch – video

Turkey: a little girl is pulled alive from the rubble – video

Save the Children: "There are fears for the children trapped under the rubble"